From our in-house Millennial – Blake Kelley.

If you’re a millennial, you’re acutely aware that you’ve killed everything. Seriously, google term millennial and you’ll see article after article about destroying entire industries and thus life as we know it. It’s laughable. Here’s a small collection Buzzfeed put together: 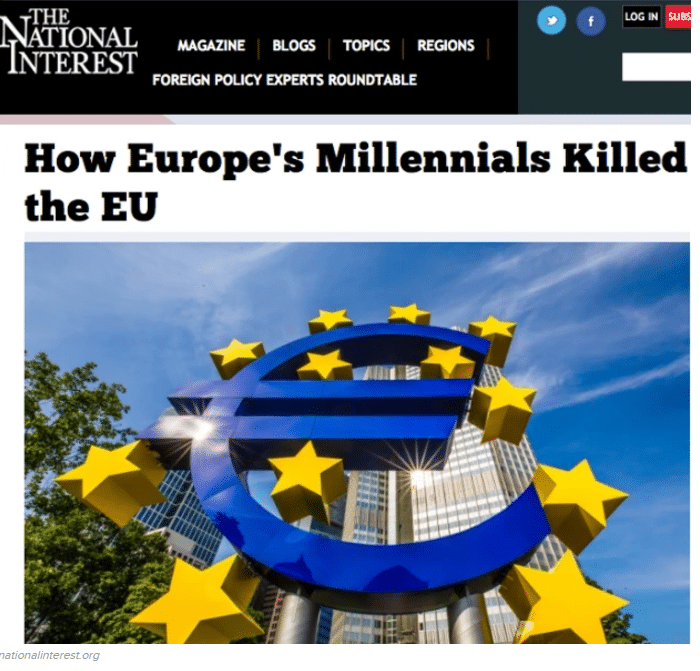 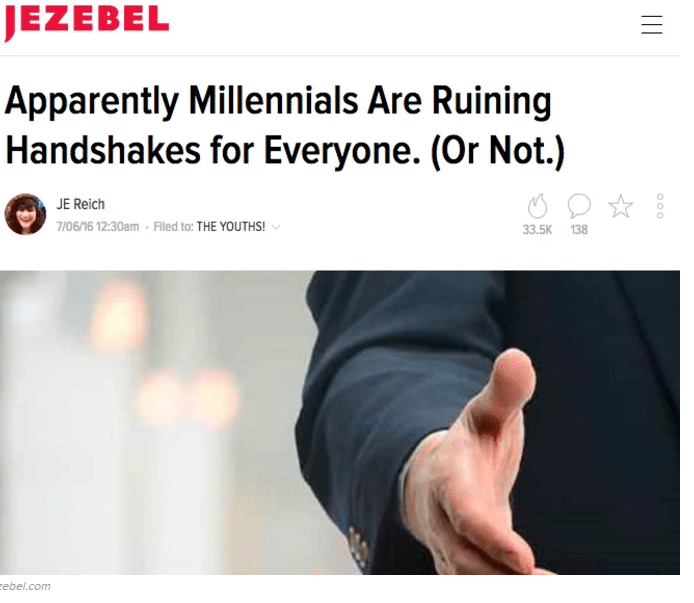 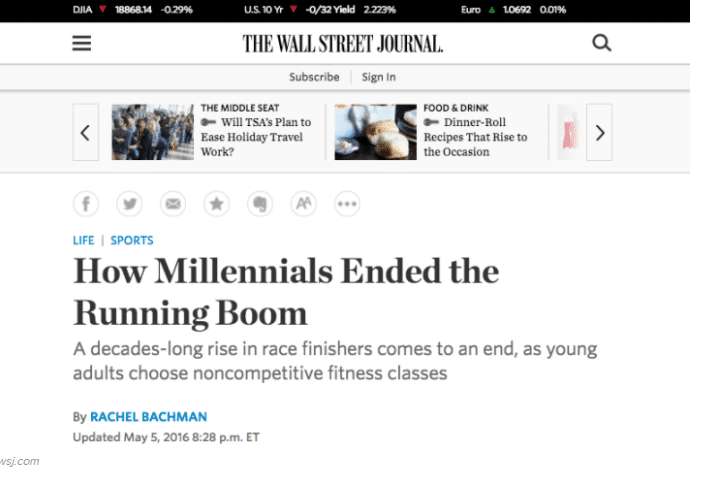 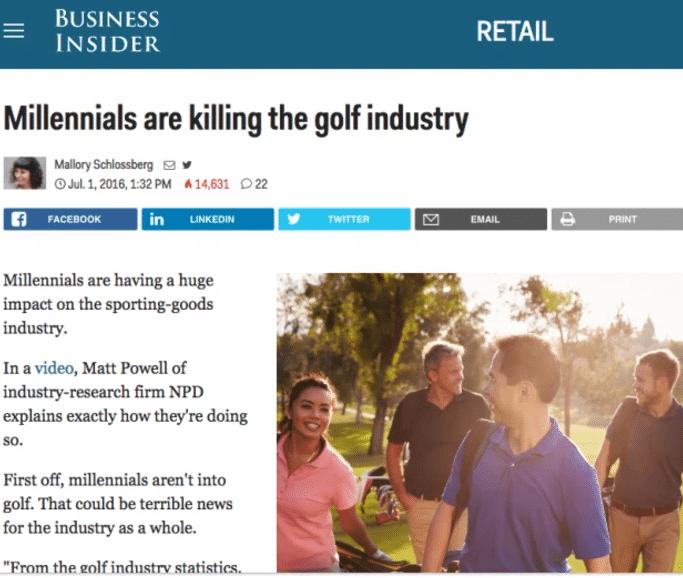 Leading Financial blogger and CNBC pundit Josh Brown recently shared his two cents on how bizarre he thinks it is that millennials aren’t too keen on a more parent-like equity allocation – instead of having a big portion in cash (and alts).

Unless the bulk of these millennials are on the verge of buying their first home (doubtful), they should have no more than a few months’ salary in cash and very little fixed income exposure.

But they think they’re being prudent by going the other way around. Kids, listen up – a lot of you are going to live to 100. Start investing as though you’d like to have some money left once you get there.

And I don’t really understand what’s going on with that “Alternatives” bucket. Most alternatives are actually an alternative to retirement in my experience. And the lines on my forehead should tell you I have quite a bit of experience in this realm, in the roughest sense imaginable.

There are so many things to tackle in these three short paragraphs. Let’s start with the lack of equity allocation. First, Millennials are looking to buy homes, but surprise surprise, they’re having to bid thousands over the asking price on “starter homes,” because of lack of homes on the market.

Preconceived Anxiety Around the Market

But if we take a step back, is it too shocking to think that Millennials aren’t throwing all their money into the stock market? No matter how hard Wall Street tries, they will never escape the 18 year period that caused two financial crisis when millennials were coming of age. The “older” millennials lived through the dot-com bust, and later the housing crisis in their 20’s when they were trying to move up the ladder. For younger millennials, they didn’t see their parents profit from the market, they saw their parents delaying retirement because they suddenly lost 40-60% of what they wanted to retire on.

Now, millennials strapped by massive student loan debts, high rent prices, and low wages are told to pour their money into the system that put the U.S. economy on the brink twice in their short lifetime? Given stocks are sitting at all-time highs, buying in because “who knows how high it’s going to be in 30-60 years” doesn’t suffice to get in the market at its current top. The marketing we’ve been sold is buy low / sell high. So when is the right time if you’re just now getting in? Buy because think of where it will be later? That’s not a good argument. Yes, for the financially savvy millennials, we know the stock market is in one of the best bull markets ever (since 2009), but the crashes instilled in our brains that another crash is inevitable and that the system just isn’t stable enough. We know we have a long way to go towards retirement, but each time the market makes new highs, we have this gut feeling that it can’t be trusted. The truth is, we don’t think that’s going to change. There’s still a bitter taste in the mouth when it comes to investing in the market.

There’s also that little problem that we know, perhaps better than anyone, how disruptive technology can be and how quickly it can put companies out of business [see Amazon/retail]. Should that teach us, buy Amazon, or beware leading companies who will be targeted for disruption. Maybe this is at the heart of the issue. Is it millennials “ruining” or “destroying” things, or is it the technology that we are growing up with that’s giving you a reason to blame an age group with rapid advancements in how technology affects our day to day lives?

Millennials live in the now, because, they feel lost as to how they’ll build equity in the first place given their circumstances. It’s a frame of mind, not a naivety that they’re never thought about it.

So, what does this all say? Wall Street has an image problem with millennials and needs to learn how to market them better. For that, we’ll leave it to Adam Conover – who articulates pretty well that just about the one thing that rings true about millennials is that they are the most educated and also the most diverse generation ever. That’s about it.