The Metal in Your Phone is Getting Expensive

With World Stocks up 20% YTD, it might be surprising to know it’s not even the best performing asset on the year? For that designation, we turn to a commodity. No, not gold or crude oil, but palladium.  Not sure what palladium is? At one point, the metal was used most commonly in catalytic converters to filter car emissions. But people are up close and personal with the metal a lot more these days – thanks to it being one of the metals commonly used in cell phone production. That’s right – that stuff in your phone is up roughly 35% for the year. If we look at the big picture, the metal is hitting a 16-year high: 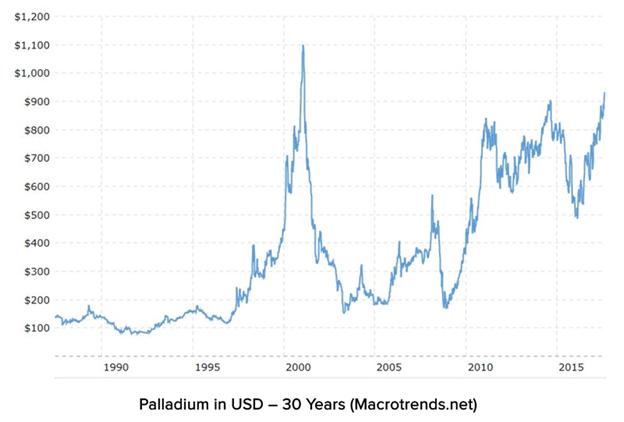 Right on cue, managed futures programs and other speculators (see them all here), are hopping on the Palladium long trend in big numbers via the WSJ: 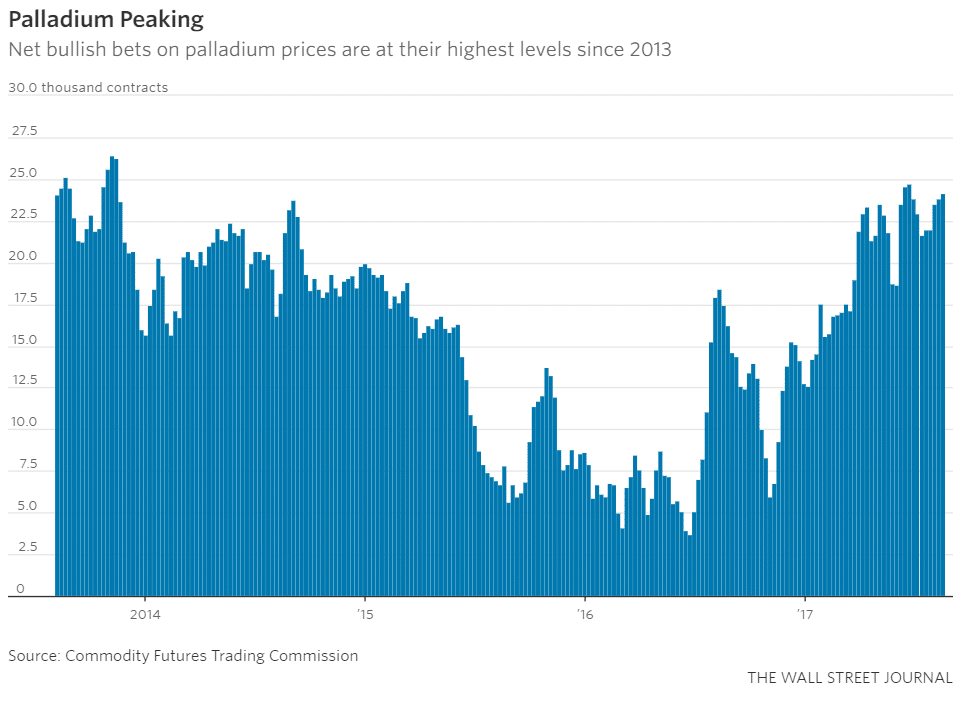 Another interesting part of this move, its put palladium ahead of platinum in price for the first time since 2001. 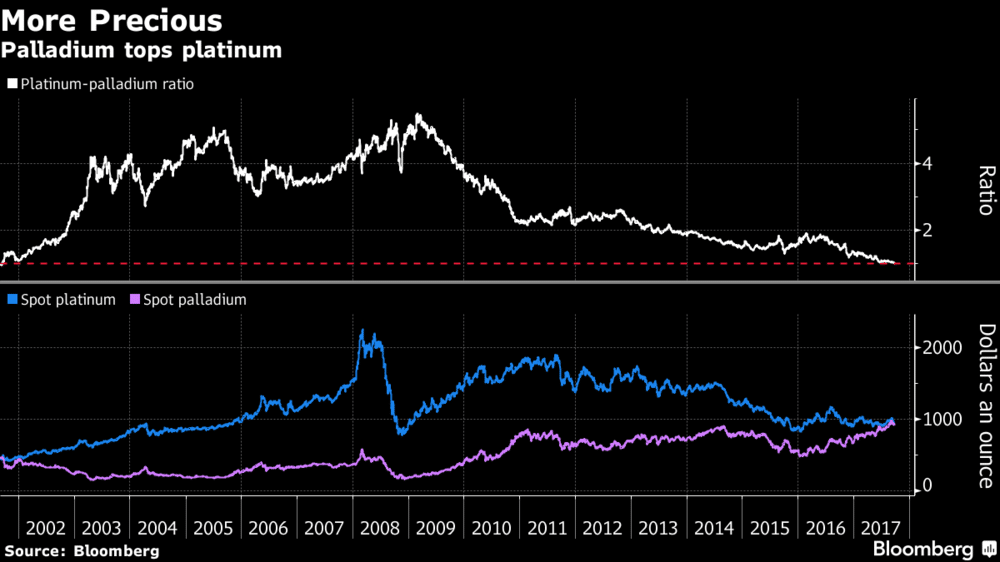 The two metals are typically not traded as much as Gold or Silver, but Platinum and Palladium are somewhat interchangeable in their use cases. So why a big move in Palladium and not Platinum if they can be sometimes interchanged? Bloomberg links the rise in military escalation due to North Korea as a possible reason:

Why should palladium’s price be affected by the threats from North Korea, and potential military escalations in Afghanistan and the Middle East? Palladium plating is often selected over gold due to its high melting point and lower cost, for various types of connector applications used in defense manufacturing processes. Defense plating processes are used to protect military parts including detonators, avionics, missile components and aircraft engine parts, and offer such benefits as corrosion and heat resistance, electrical conductivity, and compliance with military specifications.

Finally, hydrocarbons are increasingly becoming a vital energy source by the military both in the U.S. and elsewhere, and palladium-based nanomaterials play a significant role in hydrogen purification, storage, detection, and fuel cells.

So how do you get access to moves like this?  Follow Jim Cramer?  Some commodity/military/auto parts blog?  No, most everyone who is exposed to this move has that exposure thanks to a trend following type portfolio of global markets, which monitors dozens of markets waiting for a momentum breakout like this one to occur in any one market or sector. They make sure they are involved in every breakout, across markets and sectors, including the false breakouts – to ensure that they are part of the real breakouts when they happen. That’s why a lack of volatility (or breakouts) hurts that type of strategy, and why they can participate in a move like Palladium without knowing the first thing about catalytic converters or melting points.

So go ahead and do your thing Palladium…. Some of us are watching.