We can’t help but look at Crude Oil recently and think of Marlon Brando saying – “I used to be Somebody.”  Although our memories aren’t as good as Google’s. Here’s the actual line:  “I could’a had class, I could’a been a contender, I could’a been somebody”

In Crude Oil’s case… it’s not a could’a been, it’s a has been. It was the number one contender for years on end, making and losing fortunes as it rose and fell up, up and away above $100 per barrel, before plunging all the way down into the $30s.  It used to have $5 moves for breakfast, and $10 moves as a monthly snack; with traders not getting out of bed until and unless there was more than $1 of action. Now, with a $1 and change move representing 2% to 3% moves, it’s breaking news on CNBC

And with Oil nearly putting in a new high for the year yesterday, Crude Oil’s back in the news – with everyone’s favorite market, Texas Tea, up nearly 17% since November 30th, (with 9% of that coming in a single day off of the news that OPEC was cutting production to help raise prices).  Raise your hand if you’ve fallen for the old banana in the tailpipe we’re cutting production before.

November 30th sent the financial media world buzzing, jumping on the narrative of just how rare these sort of moves are in the history of the market, like this one from Joe Weisenthal of Bloomberg Markets.

But that 9% move – it represented a move of just $4 per barrel. For a former contender, that’s a far cry from the record moves of yesteryear. Now we get it, the financial world works in percentage terms mainly, so a 9% move off $45 is in theory as impressive as a $9 move off of $100. Those short calls 10% out of the money surely didn’t care what the dollar amount of the move was – the percentage move is what concerned them. But for the rest of us who lived through those record years of Oil prices above $100 – a $4 move is more like a glimpse at the glory days instead of a call to arms that volatility is back in Crude Oil.

There’s also the inconvenient reality that Crude had dropped about the same amount over three days just a few weeks prior. So this was just an accelerated reversion to the mean, range bound move like we’ve seen for 10 of the 12 months this year. Further, being up 17% is seemingly impressive, until it’s coupled with the realization that the move is in the midst of a nasty secular bear market/drawdown for Oil, as we couldn’t help but point out on twitter ourselves:

Crude Oil $CL_F may be up 9% today, but still in year & half drawdown or roughly 57%. $USO in a 72% drawdown. Big picture people Big picture

Hey, we’re all for this being the start of a new sustained up-trend in energy prices. We’ll take the pain at the pump in exchange for a good looking managed futures/global macro trend, and we know just the types of investments who will look to take advantage of such (Take for example the returns captured on the crude oil collapse). But it’s equally (if not more) likely we’re just bumping up against the top end of the new normal in a world awash with Crude Oil (to the point of OPEC having to cut production). 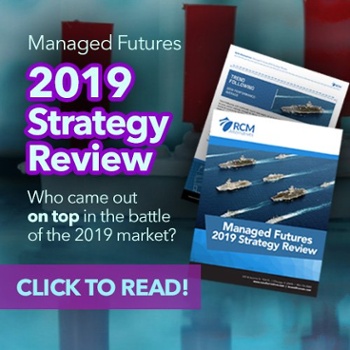