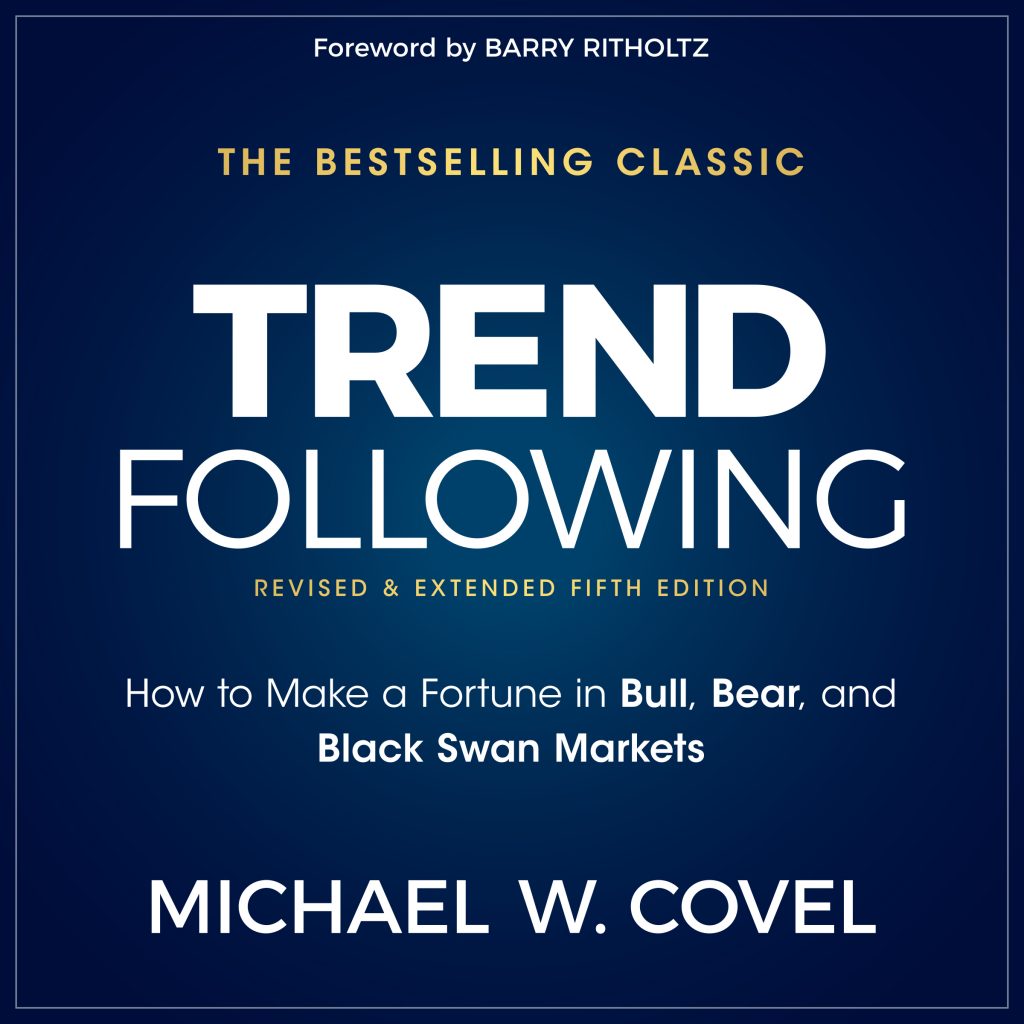 We’re not sure if author Michael Covel has a tattoo across his back of a trend in a market like Sugar, but suffice to say the man loves him some trend following. We follow him on twitter @Covel and listen to his wonderful podcast from time to time – so when we saw the news that he had released a new and improved fifth edition of his book “Trend Following,” with its new tagline: “How to Make a fortune in Bull, Bear, and Black Swan Markets” we had to see what was new. We’ve read all of Covel’s books over the years but realized with this recent edition that we had never reviewed any of them on the blog, despite including them on our Required Reading list.

So we got to reading all 600+ pages. It’s a beast of a book, but at least there are lots of “pictures” in the form of charts and tables.

One of the more surprising additions to the new version hit us right off the bat – with the forward written by blogger/investment advisor/Bloomberg columnist Barry Ritholtz. Barry writes great stuff, but the surprising part is that he mostly writes against investing in anything except buy and hold stock market and real estate investments. And here he is doing the foreword for a book on decidedly not buy and hold folks – managed futures hedge fund strategies and legends. Perhaps he’s coming around, and understanding the math will unseat some biases for him.

Once you get into the meat of the book, Covel starts by digging into the principles behind trend following, which seems as old as the hills to us, ingrained in our psyche… BUT may be new to those who haven’t lived it.

The best part of the book remains the highlighting of trend following legends. As Covel says, “the wise and most efficient way to understand trend following is not by learning rules…. But by reviewing every last detail of the traders who practice it…”  and he gets right into it, starting with none other than the largest trend follower in the world, $20+ Billion Winton Capital’s David Harding (although he might not like that moniker).  After that, there’s Boston Red Sox and Liverpool Football Club owner John Henry and a host of others famous in our line of work.  As the line in ‘Top Gun’ goes, the list is long and distinguished, just like… “

Some of the best nuggets in here include John Henry starting with a $16,000 managed account; Ed Seykota’s amazing average of 60%, after fees, in his prop account between 1990 and 2000, and a copy of the 60+ questions asked of those applying for the famous turtle trader program.  Next he goes into the “performance proof” for trend following, which he neatly packages here with tables upon tables of trend following managers long term returns spanning 100s to 100s of percent, and correctly noting that volatility doesn’t equal risk in a special way for trend followers, which tend to have their volatility to the upside. This section also highlights the “inevitable,” as Covel calls it, with trend following – the drawdown, where we get this great quote from Harding:

“…Managers are obliged to wear their worst historical drawdown like a scarlet letter for the rest of their lives.”

There’s also this great chart in the performance section when talking about drawdowns, Trend following gets a bad rap, but is essentially no riskier in terms of drawdowns than many others. We wish he would have included Ackman and his Valeant trade in there. 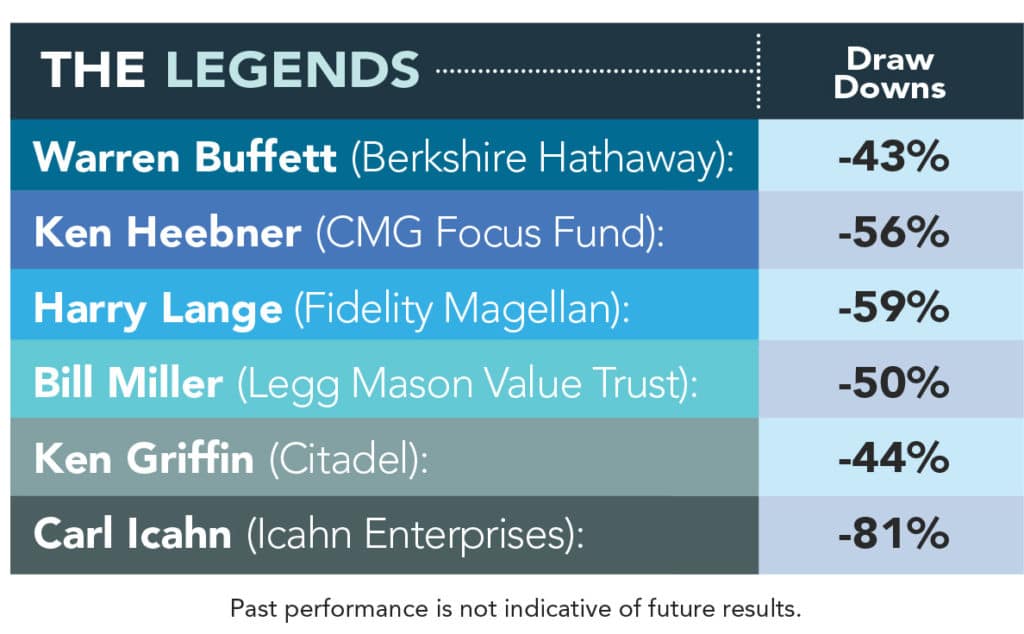 Next up, are analyses of ‘Big Events, Crashes, & Panics” such as the Dot.com bust, Great Recession, and Long Term Capital Mgmt., etc. We were disappointed not to see our chart included, but he tackles it more from a manager by manager perspective instead of via an index. It’s worth noting most authors would have led with this, whereas it’s merely another characteristic of trend following to Covel. Sort of like the gravy on top of the already well-structured investing thesis.

The rest of the book is a bit more entertaining, straying away from pure talk about trend following with a nicely done chapter on the explosion of sports analytics following Billy Beane, MoneyBall, and the obvious corollaries to a systematic mathematical approach to markets. He also takes on Nate Silver, CNBC pundits, Warren Buffett, and the stock market in general in the chapter “Holy Grails,” while exploring the mindset and decision making chops needed to succeed in trend following (it’s not natural behavior). He finishes with a few hundred pages of actual rules for building your own trend following system, manager interviews, and reams upon reams of trend following research charts, data, and tables. Much of this the expanded part!

We certainly learned a thing of two after giving the book another read. Whether you’re a newbie to Trend Following or live by the trend following rules religiously, Covel’s books are the definitive source on all things trend following – from the history of the method and the strategy rules to the emotions needed to stick to it and the legendary money makers who’ve plied this trade for decades. So no matter if you watch energy prices out of curiosity or invest millions in managed futures strategies, this is the book which will help you understand the who, why, and how prices and those investments following them may be moving the way they are.  Grab your copy here!