There’s lots of good stuff out there this week on the crash of 1987, so called Black Monday, including these interesting stats from Michael Harris talking about how it was a 25 Sigma event. As a reminder, a standard deviation is quoted with the Greek Symbol Sigma, thus moves more than xx standard deviations above/below their average move is often quoted as xx Sigma moves. 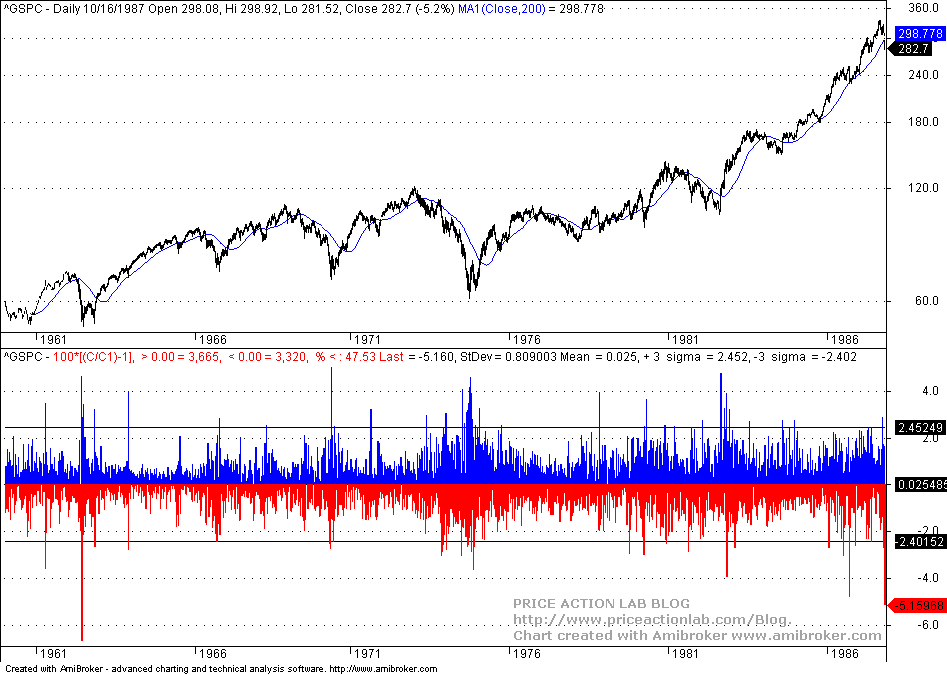 Problem is – financial market returns are not normally distributed – as the 1987 crash showed us plainly.

Now consider Bill Gates and his net worth of about $54 Billion. How tall do you think a person would have to be so that they are as much over the average in height, as Bill Gates is over the average in wealth? 10ft tall? 50? 1000?  Would you believe 1.6 million feet, or 303 miles, tall… which is about the length of Lake Michigan.  That is how much greater Bill Gates’ wealth is than the average American. He should literally not exist in a world which is normally distributed, being thousands of standard deviations above the average. But he does exist, and those $54 Billion are really his, making it painfully obvious for those of us down there within a few standard deviations of the mean that we are in fact in extremistan.

So if you take anything away from the 1987 crash, let it be that your algorithms and machine learning and quant based risk and all the rest need to know that financial markets aren’t part of mediocristan. The odds of another single day 20% drop are much greater than the 1 in a Trillion the 25 Sigma would have your believe.