What happens when 5 financial gurus walk into the CME?

Have you heard the one about the quant, Ag trader, crypto champion, portfolio manager, and day trader walking into the CME? Neither had we. So we sent RCM’s Jeff Malec over to participate in the Opalesque 2018 Chicago Roundtable to cover topics ranging from payment for order flow, pseudo-liquidity, the risk in equity portfolios, whether crypto is a scam, and of course – what to do with managed futures and other alternatives not exactly showing up when needed during the recent market volatility.

Turns out, these guys are smarter than they look: 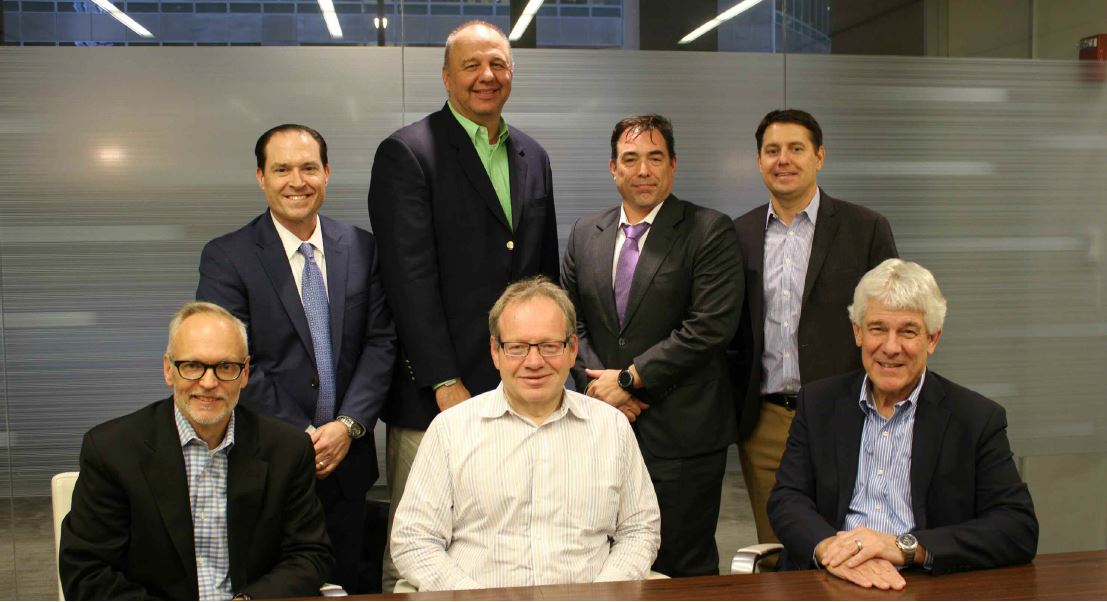 What’s the biggest risk in an investor portfolio?

The resounding answer was that equity is the biggest risk in most peoples’ portfolios, but an added risk was discussed around computerized, automated trading that will pull bids in an unfavorable market. What happens when all the bids are pulled?

“In 2010 we experienced the Flash Crash where all of a sudden, this sudden drop came out of nowhere. But now we have a dramatically higher percentage of trading being dominated by computers who are thinking for themselves, who all have a fail safe, and who don’t care about adding or making liquidity in the markets. So now the question is what will happen if a real event happens that triggers a down move and all these computers not only pull all their bids, but start hitting any bids that are left?” – Emil van Essen

“The only real concern is there is no incentive to make a market in those situations, and liquidity flies away like a bird. As more and more firms are able trade at the speed of light, they should be able to react quicker, but what happens really when the plug is pulled first, and they don’t want to participate? They have no incentive to participate because they are not providing a market making function. So, in the end liquidity is an illusion? You don’t know what’s going to be down the pike for it” – David Klusendorf

“ETFs are only as good as the custodian behind them in the creation and redemption process. What if Deutsche Bank were to have its “Lehman” moment, TARGET2 fails and resulting catastrophic cascading defaults infect a custody bank like BNY Mellon? Can they continue to support the underlying holdings of their ETF’s? A lack of liquidity and massive swings in the discount/premium model as authorized participants dry up will leave investors questioning the value of liquidity.” – Andrew Strasman

Markets could essentially implode because computers have driven the whole market to zero and everyone exits? And on top of that, liquidity then flies out the door creating “pseudo-liquidity” for the investors. As put expertly by Ernest Jaffarian:

Do managed futures only perform well in volatile markets?

“In February, we saw the S&P down roughly 10 and managed futures down roughly 8. Then in October it was the S&P again down 8 or 9 and managed futures per the SocGen Index was down 7 or so. Everyone seems to be wondering what’s going on – why aren’t their alternatives going up when stocks go down? But these investors, even the most sophisticated ones, are once again conflating non-correlation with negative correlation.” – Jeff Malec

“It seems to me that even though equities were temporarily volatile in February and October, we really haven’t seen any extreme volatility and the volatility hasn’t leaked into other markets, which I think is what managed futures needs. In combination with your point that people have added long equity exposure into their managed futures program, essentially colluding the diversifying effect, I think that’s also true.” – Emil Van Essen

“There are strategies that had positive performance this year in February and October. Even though the benchmarks don’t reflect this, crisis alpha in the short run is possible within the CTA industry. We’ve done it.” – Tom O’Donnell

…what’s the delta on if this whole crypto thing is going to be around in two years? – Jeff Malec

“So is this going to last? Yes, this is going to change the world. This is a new way for humanity to organize. It is peer-to-peer, decentralized, borderless, and governed by agreed-upon code. I know it sounds big, but I believe history will be kind to cryptos and blockchain.  The industry needs institutional-level custody that institutions can trust. That’s coming. You have Goldman Sachs investing in BitGo, a crypto wallet provider. Fidelity just announced that they will be getting into providing crypto custody. On a local note, while there is a lot of activity around the globe in crypto and blockchain, Chicago has great potential to become a leading hub in that space. Chicago has futures exchanges CME and the CBOE. It has trading with Cumberland and Jump. It has CMT Digital. It has ErisX. It has Coinbase Pro. So I don’t know if we are actually going to end up being a center of crypto, but Chicago’s definitely in the game.” – Clint Cox

“We all know that investors draw boxes for their asset classes and style categories, and then they try to fit managers into a box. I don’t know if they have drawn the crypto box yet” – Tom O’Donnell