August shall now be called VIXust

What a way to get August going.  First, we had this happening last Thursday =

Since Trump announced his China tariffs, the markets have plummeted https://t.co/uVHztmpL5o pic.twitter.com/OAkOPIpwD3

That left us down about -1%. Then, there was a little more of the same  on Friday, although nobody on Wall Street was really there, being Hamptons season and all. But then China thought over its options over the weekend, and lowered the boom on their currency coming into the weekend, devaluing it the most in 11 years to spike the VIX another 39%!  Why the VIX reaciton? Well,  the tariffs make US goods more expensive to buy in China, but not all that much. The fear here is that it’s more of a signal that they aren’t just going to surrender in this trade war, in turn pressuring the global economy. Michael Batnick of Ritholtz Wealth had a nice reminder of what this looked like last time China messed around in its currency markets (which coincidentally – was also in August):

The last time this happened was on August 24, 2015. This is a day that market participants will remember well. The Dow opened down more than one thousand points. I remember running into Josh’s office saying, “health-care is gone. XLV is down 20%.” In the first 15 minutes there were 1,278 trading halts for 471 different ETFs and stocks. 765 stocks in the Russell 3000 fell more than 10%. Things stabilized around mid morning and the Dow finished down 588 points, or 3.57%. 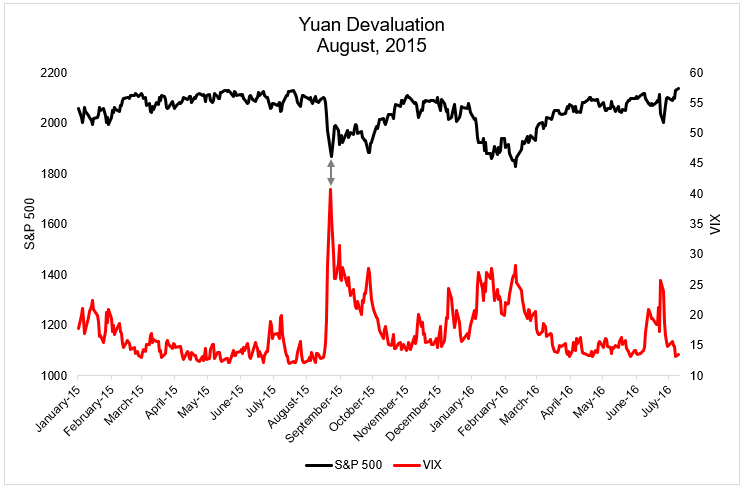 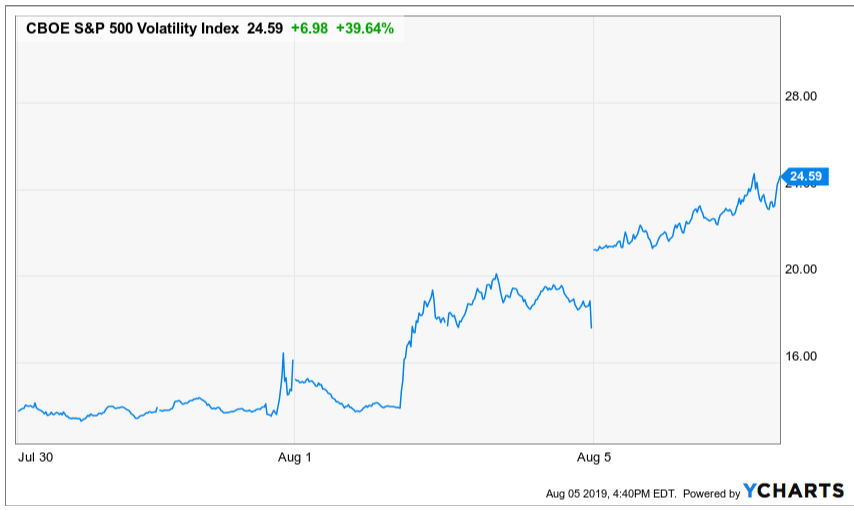 August of 2019. August of 2015. Hmmmm?  That got us remembering way back to August of 2011, when the VIX spiked nearly 200% off its lows based on the US credit rating being downgraded by S&P in response to the Tea Party threatening to not increase the debt limit and let the US default on some debt. What is it with August?? 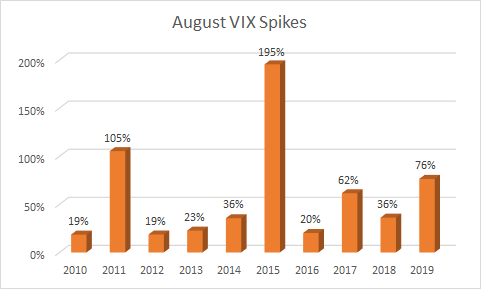 So how did everyone do?  Well, there’s no horror stories in the streets like LJM or similar from last February in the volatility space that we’ve heard of so far, and of two volatility traders we checked with – one was flat and one exited short option positions going into today. As for the rest of the alternatives space – managed futures and global macro should be mostly on the right side of this move – generally being long bonds (short rates), long Gold, short energies coming into August.  Most are likely long equities and currently exiting, which is perhaps fueling parts of the move.  The hope from nearly everyone not just selling naked volatility is that this is the start of something, and we see a few more ‘healthy’ 5% drops in the market, a la last year or 2010 or 2011. The little to no drop environment from 2012 to 2017 wasn’t all that fun. 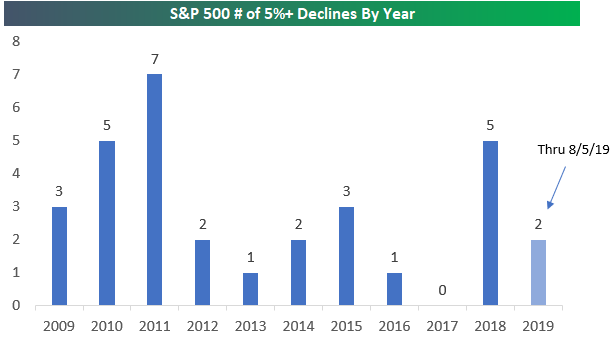