RCM’s Jeff Malec was able to sit down on a panel at Profit & Loss magazine’s annual Forex Network conference here in Chicago, to talk profit and loss in the managed futures/macro space (Which sort of reminds us of the new Allstate commercial talking about being a tailgator tailgating on the way to a tailgate).

The forex folks still refer to managed futures as CTAs, and the talk centered around whether CTAs are  just suffering a remarkably unlucky streak or if there’s a deeper malaise amongst CTAs? Do they still perform a useful function within investors’ portfolios?  Here’s a summary of some of the comments made by Jeff Malec regarding strategies staying in their lanes, negative vs non-correlation, international markets, and how to continue to survive as a small-sized CTA.

On the overall environment/feeling about CTAs out there:
We’ve asked before (in our annual outlook), and we’ll ask again – IS THIS WORKING FOR ANYBODY? DO CTA’S HAVE A FUTURE? CTAs have endured a torrid time in recent years, with only two years of significant returns in the past decade and the Societe Generale CTA Index finishing 2018 down -5.84%. If we use AQR as a proxy, the answer is clearly – no, it’s not working for people, as evidenced by their managed futures program now down under $5 Billion, from a high of $14.5B in 2016. (For more, check out our What’s Wrong with AQR Part I, II, and III)

BUT, from a business standpoint, when you’re hemorrhaging assets (like AQR having lost 65% of them), you may have no choice. If the choice is stick to your core strategy and go out of business, OR pivot in some way to start attracting assets again….guess what you have to do?

A side note, here, though – it’s not entirely clear what they should adapt to….the typical answer was to add some long bias and short vol to strategies heading into 2018, and then that got carried out in a body bag towards the end of 18. If you don’t have a robust research process and dept, it may be too late for you.

Are CTA’s moving away from pure trend-following strategies? Should they be?
CTAs are definitely continuing a decades long trend of doing way more than just trend following. And this is for a few reasons.

Is part of the problem investors confusion on negative correlation vs negative correlation?
This sort of comes back to the ‘This isn’t working for me’ mantra. CTAs are non-correlated, which basically means about half the time they move the same direction as stocks (like 2018) and half the time they move the opposite direction (like 2008), averaging out to so called non correlation. This looks great over years and decades, but investors feel pain in real time, not on average – and when CTAs are down 5% in the same month stocks are down -10%, investors question why they have this non correlated thing there. They don’t want to wait for the averaging effect. There’s nothing broken with CTAs when this happens, it’s just a misunderstanding of what long term non correlation feels like on a day to day basis.

Discuss the challenges of being a smaller-sized CTA in the current space (fees, loss of talent pool, etc..)
Being a small CTA in this current market environment is getting HARDER for sure. There’s pricing pressure, a falling tide with big names like AQR throwing shade on smaller CTAs who may be doing well, and the biggest issue:  Increased costs, especially in the market data and Algo space. On the Algo side, big firms have the budget to internalize coding software, hiring programmers, testing, measuring real time results vs TCA, and so on.. The biggest relief is the pop up of outsourcing these services to companies like RCM-X, that allow the accessibility of algo implementation, without the initial and maintenance costs.

What are CTAs doing to survive – where are they pivoting to?
We’ve seen a lot of CTAs with interest in China. RCM sees a huge opportunity for growth in China and have put a lot of due diligence in thus far. We’ve been going to China 2-3 times per year, setup a WFOE in country, hired staff in China, have brought a dozen managers to Chinese investor networks, and currently 150mm Remimbi AUM with live, seeded strategies. It’s an interesting mix of Alts industry with the international market seemingly being 20yrs behind, but at the same time their market is rather modernized in terms of fees, structures, and exchanges. China is the posterchild for being able to pivot your business model, add new options, adapting to changing environments, and staying relevant. 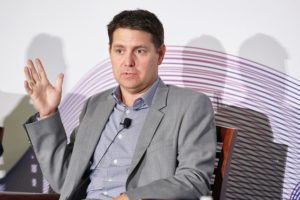