We’re going to get into a bit of a deep dive on just how the more classic managed futures profile (you, know, crisis period performing trend follower types) have performed during the past month and a half. We’ve covered some of the non-classic vol traders doing well here and here, but how has the asset class as a whole done? Part one of our look will analyze how Managed Futures are rather well known for their crisis period performance.

Here’s a graphic form our Why Managed Futures page to prove that point: 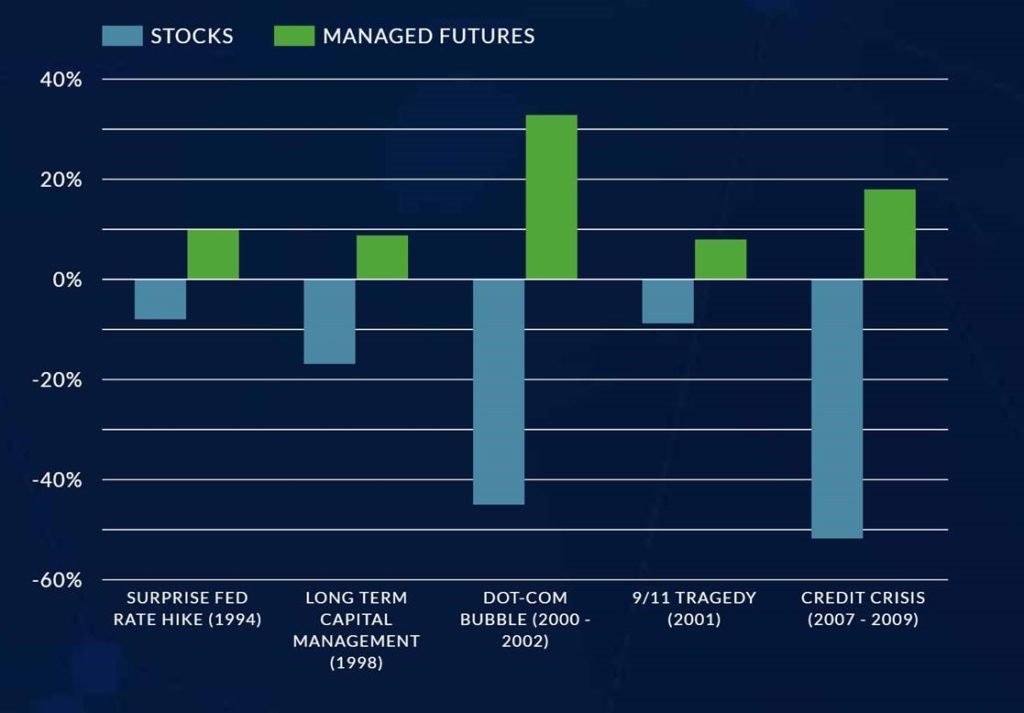 But they’ve been relatively quiet so far in this virus-fueled market crash. Managed Futures per the SocGen CTA Index have put up a -1.49% in February and +0.14% in March. That’s 14 basis points…And stand at -0.32% as of April 6th. As we said…not too exciting, especially given the severity of the stock market sell-off. When US stocks are down more than -33% at their lows and Oil having shed -60% in 2020, most people are probably looking for a bit more out of their managed futures allocation.

So what’s going on?

But that’s all talking just about the traditional, short volatility, stock side of the ledger. What about the long volatility, crisis loving managed futures side? Well, as you can see in the charts below, managed futures are sort of like the big diesel engine that takes a while to hit its stride. We’re talking 160ish days into the Dot.com bubble (admittedly before it picked up steam), and 50ish days (although it did start rising nearly from the get go) into the Financial Crisis. The real negative correlation doesn’t kick in until the later stages of the crisis.

Why – because the first parts of the move are managed futures setting the table. That’s when they exit any long positions and start entering short positions. The diesel engine starts kicking in when and if those short positions start to pick up steam (can you pick up steam in a diesel engine?), resulting in the near opposite looking charts at the end of both the dot.com bubble and fin crisis charts. 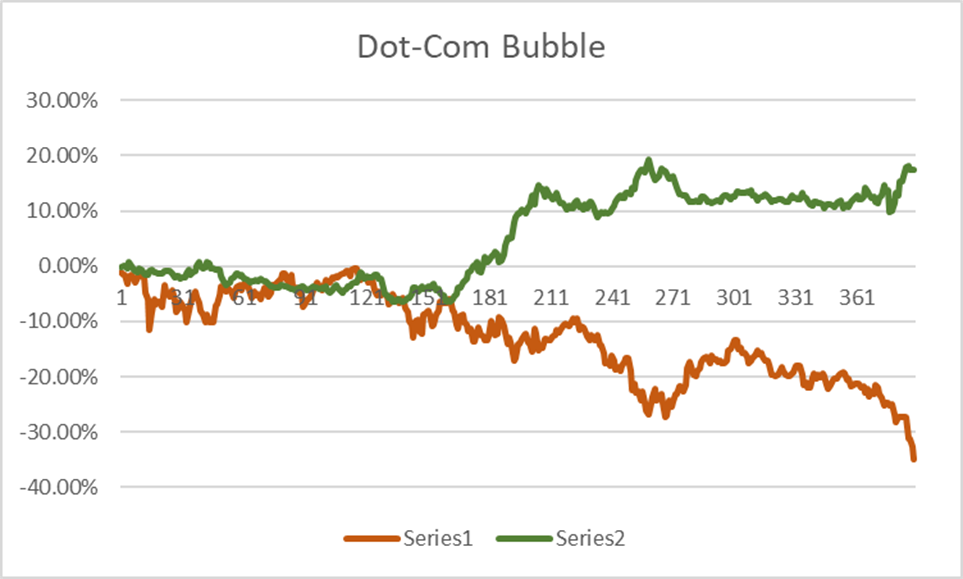 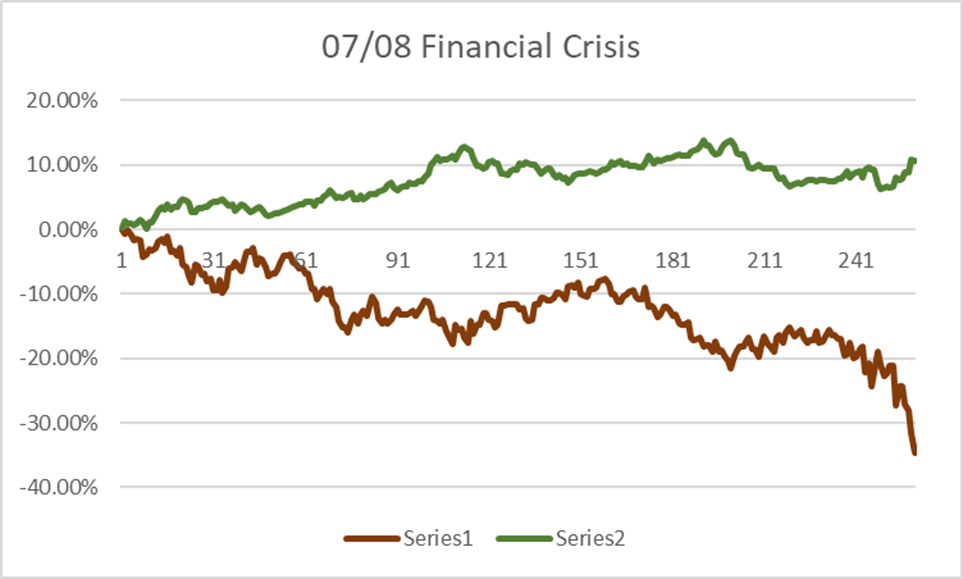 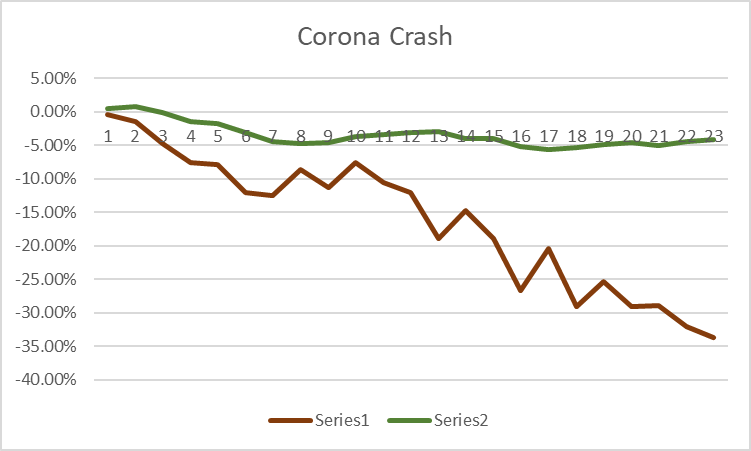 We don’t yet know if that was the extent of the market sell off related to Corona Virus, or whether there are more legs to come. As a point of reference, the dot.com bubble saw it take another year and a half after falling its first -33% to put in a low (a low that was -11% lower) and the financial crisis saw the eventual low put in 5 months after the first -33% down (falling another -21% lower). But we do know classic profile Managed Futures programs will be there (now positioned on the short side) when and if those further legs down appear. That’s no more than a little solace to those who expected more out of managed futures in this sharp first leg down, but it is fitting with the overall profile…. mostly. (We’ll get into why and how it may be a little worse than it should have been for the bigger CTAs in our next installment)