If you haven’t noticed what’s happening in the energy markets of late- oil and natural gas are on a bit of a tear this year, especially over in Europe, where they’ve been a bit more aggressive politically in their embrace and enforcement of ESG protocols and mandates. 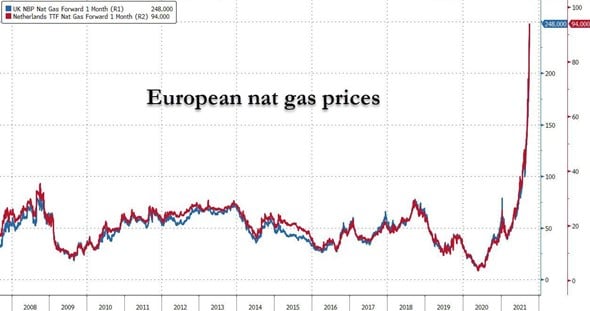 Even good old-fashioned West Texas Crude Oil isn’t keen to miss out on the party too much – approaching $80/bl for the first time in seven years or so, which is a far cry from its negative print in the front-month futures around 18 months ago. (there’s a pod for that here) 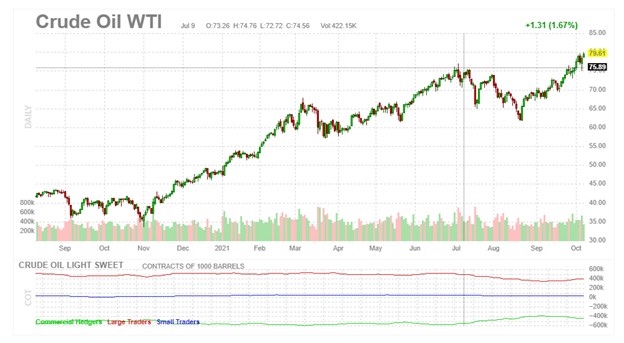 Now, as the impact of towering energy costs billows through markets, we’re left asking if these moves higher result from supply chain issues and demand roaring back from Covid, or something a bit more insidious.

Enter Michael Kao, who we had the opportunity to do a podcast with not too long ago talking through convertible bonds and the train wreck that could be MicroStrategy, Michael Saylor, and that big Bitcoin holding on the balance sheet.

What we didn’t get a chance to discuss on the pod, Michael was kind enough to put out in a great thread on Twitter via his @Urbankaoboy handle not too long ago. It’s his thoughts and resulting discussion on what may have prompted these massive price increases and the coming disconnect between the ESG promise of lower hydrocarbons and what’s happening here in the real world where we still need a lot of non-ESG energy.

To paraphrase Mark Twain, “the premature death of hydrocarbons is greatly exaggerated”: pic.twitter.com/PWzQUOyNGm

We’re not here to say ESG is good, bad, or indifferent – but @Urbankaoboy breaks down the rather unrealistic promise of ESG initiatives and moving away from hydrocarbons with some hard data and two problematic areas: transmission and carbon capture.

This one grabbed us. A throughput volume higher than the volume of oil flowing through the current us pipeline system… something that took over 100 years to build. WOW. Here are some graphics showing just how intense that statement is: 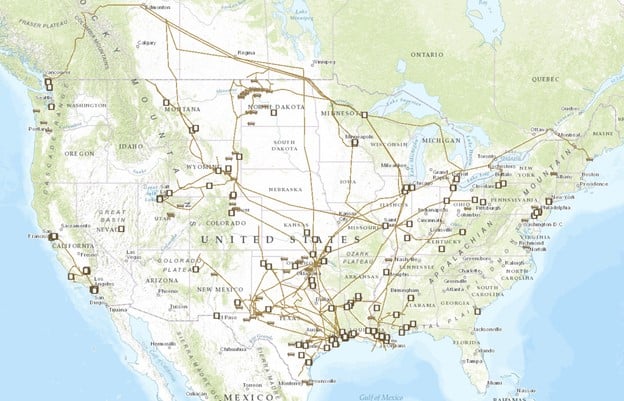 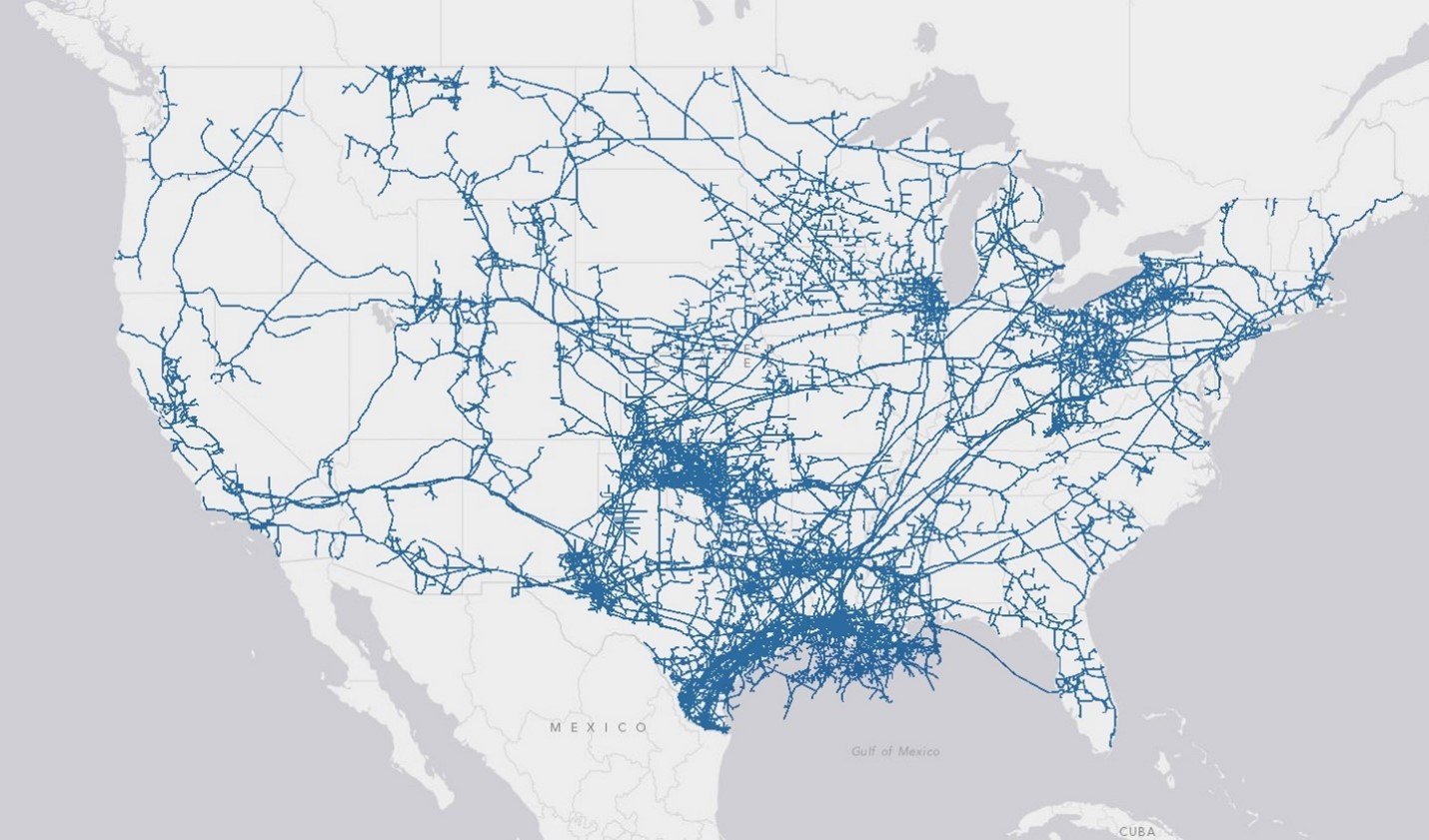 Meanwhile, the trend following CTA world has been loving it, holding onto their months-long Longs as the trend continues. The SocGen trend indicator report shows four of the main market collectively contributing more than half of the gains for the ‘commodities’ sector YTD. 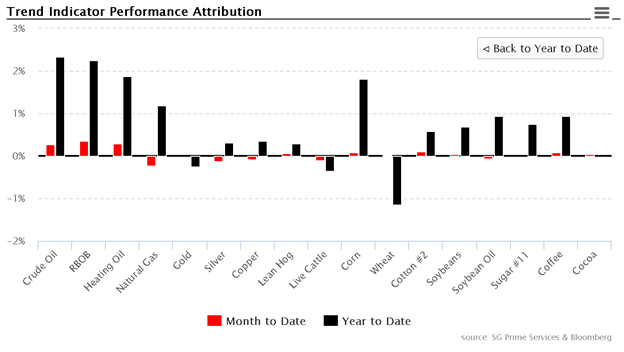 One rather prescient investor into the Cockroach Fund’s new Trend Series, which invests across multiple top-ranked trend-following CTAs, had this to say:

“…I am very high on commodities for the long term as well.  They are crazy cheap compared to the S&P, and I am convinced that the premature attempt to decarbonize is going to lead to a supply crunch in oil.  Apparently, just having a good narrative does not produce cheap energy:)”  -S.Q.

A supply crunch caused by the attempt to decarbonize?  An interesting take, to be sure, and one echoed in this piece asking: “will ESG create the next Lehman moment?

“…most every day, we hear of a different policy plan to reduce energy production. We learn of new mandates, new taxes, more canceled pipelines, more canceled permits, and more penalties. What we don’t hear about is where the replacement energy comes from. The wind doesn’t always blow and sometimes it is cloudy. My car won’t drive on unicorn farts and billions of people in developing economies want a Western standard of life—complete with a Western level of energy consumption.

… What if the price of energy gets prohibitively high—a price where it bankrupts companies? What if there is no energy available at any price? Won’t the politicians blame the energy companies and enact excess profit taxes, further disincentivizing production? Who wants to produce energy when you’re the enemy? What if the feedback doom-loop continues, much like in 2008, but it just keeps on going with no end in sight?

…What if the coming energy crisis is the first crisis that the Fed will not be able to fix? If anything, more liquidity will simply cause greater demand for energy, at a time when none is available.  What if the Fed is ultimately forced to reverse course and raise rates prohibitively high to reduce energy demand? The Fed … cannot increase energy production.

…Over the past few weeks, we’ve seen the first few signs of the coming crisis. Various countries ran out of energy. These were regional problems with regional causes. However, the underlying problem was the same—they reduced the “carbon economy” before they had sufficiently built out the “green economy.”

Time to get your Managed Futures/ Trend on?