Weekend Reads: A Harry Potter Spider and 3 Tons of Gold

We couldn’t help ourselves but create an infographic for Star War fans to navigate the galaxy of investments. 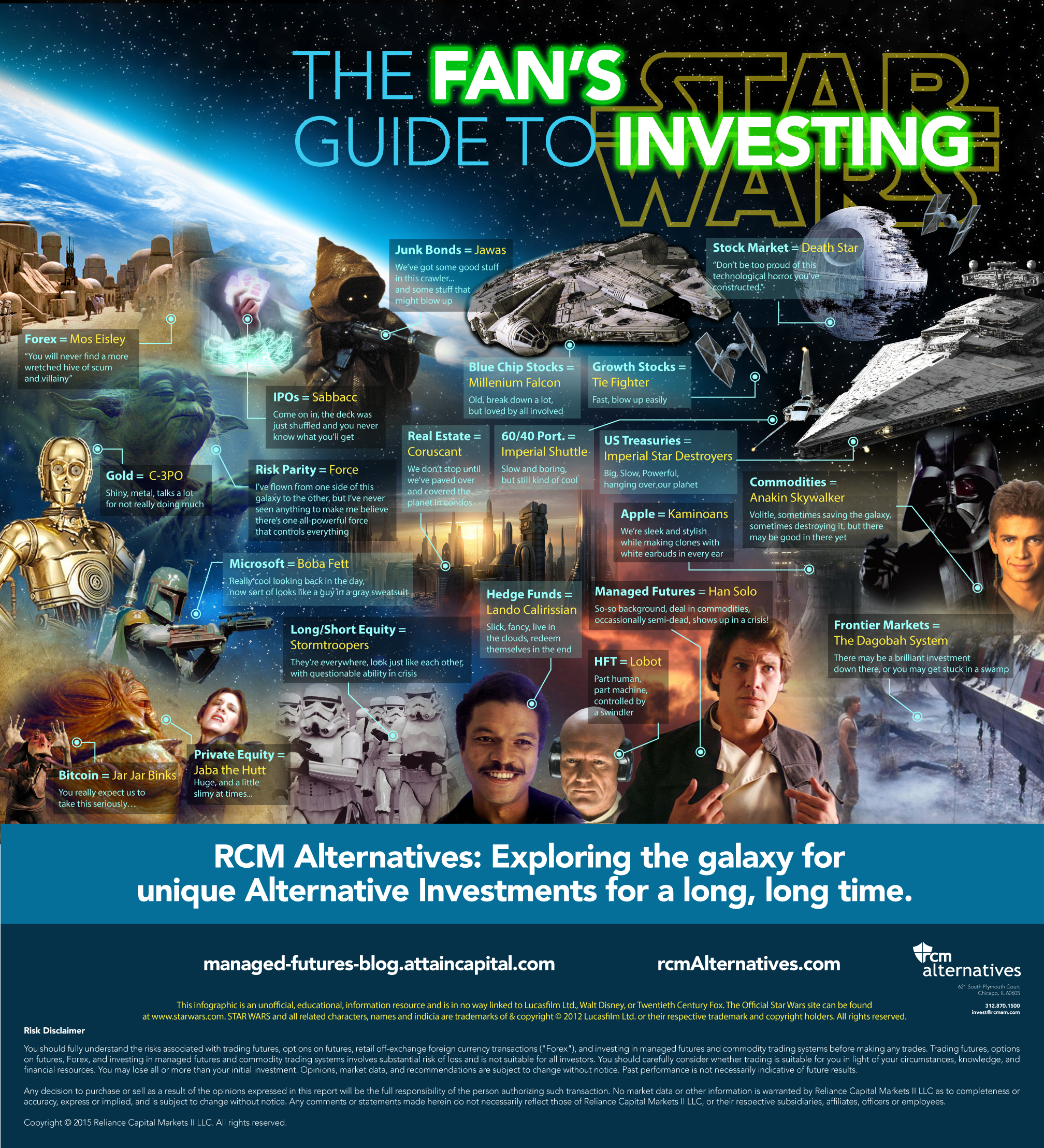 Action and connection with people in your community pays itself back tenfold in meeting our basic human need to feel useful.

‘Tis the season to get holly, jolly and helpful – (Investment News)

The price of call options that bet on a 10 percent rise in the S&P 500 Index are at the most expensive on record relative to at-the-money contracts in data going back to 1997, according to a note from Credit Suisse Group AG. And the optimism isn’t just confined to the  index itself.

By One Measure, Traders Are the Most Bullish on Stocks Since at Least 1997 – (Bloomberg Markets)

Before the fall, institutional and individual investors often didn’t bother to measure the returns their money managers produced against a benchmark index. Instead, they innocently turned over their money to bank trust departments and insurance companies, never doubting that they would get results that handily outpaced the Dow Jones Industrial Average.

“We are using gamification and online simulation” to create experiences for graduates to be assessed from, RBS ‎Chief Information Officer Patrick Eltridge said in an interview, “but also give them valuable feedback.”

With oil inventories at Cushing creeping near an all-time high, U.S. benchmark futures prices are struggling to advance despite the promised production cuts agreed to by OPEC, Russia and other producers. And the storage tanks are likely to stay full as refiners park crude in Oklahoma to lower their tax bills.

The FBI is supporting the CIA’s conclusion that Russia interfered in the presidential election with the goal of supporting Republican candidate Donald Trump.

“We observe that people’s preferences in blind tastings are actually inversely correlated with price, i.e., on average, when they don’t know what they’re drinking, people prefer cheaper wines,”

Since 2010, according to data from the Pipeline and Hazardous Materials Safety Administration, operators have reported about 200 crude oil spills per year, on average.

The wreck of the S.S. Central America waited 130 years for Thompson to come along. The steamer went down in a hurricane in 1857, taking 425 souls and at least three tons of California gold to the sea floor off South Carolina.

Study: Vast Majority Of People Who Are Depressed Do Not Seek Help – (NPR)

Some employers are giving in, offering employees a day off for shopping so that they won’t do it on company time. London-based company Jargon PR gives workers “bonus Christmas shopping days” every December.