The ‘right twice a day clock’ that is gold.

We have long been in the Warren Buffet camp in relation to Gold:

“Gold gets dug out of the ground in Africa, or someplace. Then we melt it down, dig another hole, bury it again and pay people to stand around guarding it. It has no utility. Anyone watching from Mars would be scratching their head.”

Gold sort of acts like the proverbial clock that is right twice a day, and (which is rarely said) wrong the other 1,438 minutes. Gold Bugs were finally proven right for 10 years between 2001 and 2011, after waiting for a dozen or more years for Gold to break out of its doldrums. But then the clock went right back to not working so well with the yikes moment starting in 2012 where it fell more than 40% off its highs, and then another five years of basically no movement, as it was stuck in a range between $1,150/oz and $1,350/oz.

If the chart above doesn’t make it abundantly clear – Gold is not a US savings bond or money market replacement churning out a nice annual yield. Gold is a commodity, with all of the commodity volatility the disclaimers warn you about. A 13% drop in 2 days back in 2013 isn’t exactly the kind of safe, smooth return many selling you Gold would have you believe, and in fact Gold’s kurtosis reading is about 4 times that of a normally distributed curve (meaning 1 in 100 year storms will be much more frequent than you would expect – and way more than a savings account).

And, of course, you can do way worse than investing in volatile gold. You can buy gold coins or gold miner stocks. One, you’ll pay an insane markup, and the other, be at risk of CEO mistakes, debt loads, mining accidents, and so forth.

Which all leads us to Gold’s recent price action, where some are starting to say “hmmmm” again following its breakout to new 5+ year highs.

“This is as dovish as we could have potentially hoped for and the gold market has jumped straight on that. The dollar has come off and gold in tandem has rebounded higher.”

And then David Sneddon, global head of technical analysis at Credit Suisse, said in a note to clients Monday via CNBC:

“[…] we suspect we could even see a retest of the $1,921 record high, [with a multiyear base that could provide for a] significant and long-lasting rally”

Will Gold go higher? Maybe. Is the chance it goes higher about the same as Cocoa, or Natural Gas, or Chinese Rebar futures. Yes. It isn’t a panacea for all that’s wrong in the world and bloated Fed balance sheets and all the rest. If it were, it would be at $10,000/oz by now given all the Fed meddling in markets, negative interest rates in Europe, Chinese capital controls, and so forth.

We prefer to think of Gold as a historical relic, from a time gone by when currencies were tied to it, and Bond super-villains killed in the name of it. 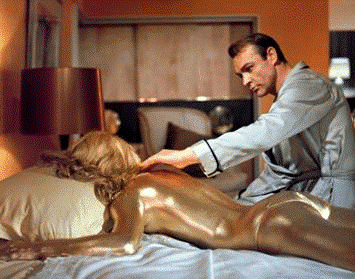 PS – there is a great piece on Slate’s Blog MoneyBox delving into the economic and political undertones of the famous James Bond Classic: Goldfinger. Was this a classic Bond film with the ejector seat car, or a movie about the Bretton-Woods system of semi-fixed exchange rates restricting British citizens from buying and storing large quantities of gold.

“…Goldfinger, you see, really liked gold (as the song says “he loves only gold”) [but] the Bretton-Woods system of semi-fixed exchange rates [meant] ordinary citizens couldn’t just own gold. …Goldfinger, being a gold enthusiast, bears little love for an economic policy regime that restricts his ability to obtain it. Thus he isn’t shy about exploiting the arbitrage opportunities that arise under the system…using his industrial permits to obtain gold in Britain and then spiriting some of it off the island for sale in other countries where the price of gold is higher”

We’ll prefer to remember Gold in this light, and for what it’s worth – Goldfinger for the Aston Martin DB5, henchman OddJob, and perhaps the most deliberate use of the double entendre in Bond Girl names; but it’s nice to know there was more to the back story for the movie than just a man who loved Gold. 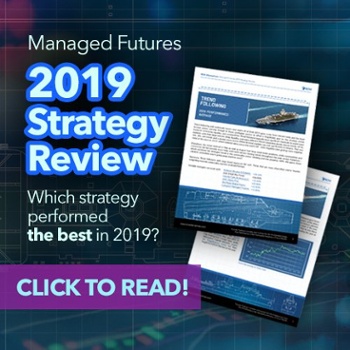